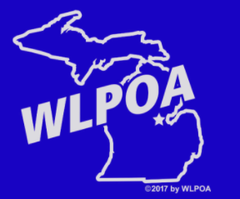 he affairs of the POA are managed by a board of directors.  Here are brief bios of our current board.

Mike Rajt
Mike has been a board member since 1999 and president from 2016 until August 2022.  He was appointed interim delegated authority on an emergency basis for Chappel Dam in May 2018, worked with the County Attorney on forming the Wiggins Lake Authority and became first Chairman of the Authority when it was formed.  He was one of the Dam Support Group members who worked to prevent the dam from overtopping and failing in May 2020 and worked with the group to obtain plans, permits and bonding to allow the dam to be successfully updated with added capacity over the winter of 20-21.
He and Gail came to Wiggins Lake in 1991 as weekenders and moved here permanently in 2014.  Five generations of their family have enjoyed our lake.
Mike retired in 2016 from his position as a senior member of a prominent law firm headquartered downstate where he served as firm counsel.
​
Josh Tait
​Bought a fixer upper that was falling into the lake in November of 2015 and started construction spring of 2016. He has served on the POA board since his very first meeting in 2016 primarily focusing on community events.  These include, meet and greets, tours of the lake, boat parades and anything fun!
Josh and his wife Maila have two young children, Apollo and Nyala.  This is "up north" for them, but they come up almost every week.

Jeanette Barrett
Jeanette and Dennis have owned the white house on the point at the end of Buick Trail for over 35 years.  They have raised three children here and have three grandchildren.  They love the fact that our lake offers a time and place for everything from wake surfing to kayaking to swimming.
Jeanette has served on the POA board for almost 20 years.  She had a major role in the effort to raise funds to thwart the wasteful effort to destroy and replace our dam.  Among other things, she has served at various times as POA secretary and newsletter editor.  During the dam fight, she and Dennis conducted 50/50 raffles at the annual meeting for years.

Rick Dvorak
Rick has been coming to Wiggins Lake, where his late wife Chris's family has owned property for generations, for over 50 years.  They bought property of their own in 2004 and moved here in 2014.  Unfortunately, Chris passed away in 2019.  Rick married Pat in December 2020.
Rick has served on the POA board since 2014 and has been our treasurer for the last six years.  He also serves as a member of the Lake Improvement Board and has been a member of the Wiggins Lake Authority since its founding as well as being a member of the Dam Support Group, which handles day to day maintenance and inspection work at the dam at the direction of the county.
Rick started Answer Heating and Cooling in 1976.  He was active in many trade organizations, including serving as chairman of the Air Conditioning Contractors of America and served on the state Board of Mechanical Rules.
.
David Haupt
David's family first purchased on Wiggins in 2004.  He and Sherrie moved here in 2010.  He first joined the board in 2012 and has been involved in many roles, including, among others, as secretary, newsletter publisher, and coordinator of our goose control efforts.  His quick work this year was instrumental in switching from the goose roundup to a nest destruction program, when a bird flu outbreak forced the state to cancel goose roundups.  He is also a member of the Dam Support Group and has assisted in weed control work.
David is currently employed by the DNR, where, among other tasks, he is Coordinating Producer for The Wardens TV show that airs on the Outdoor Channel.  Before he joined the DNR in 2009, he was the owner and operator of a music store for 17 years.
In August 2022, David was elected POA president

Karen Tiano
Karen and John have owned a house on Wiggins Lake for twenty years.  Over the years, they have expanded their house to accommodate their growing family, including the grandchildren Karen and John love to spoil.  They spend about half their time here and look forward to a day when they can join so many others of us who started out as weekenders and move here full time. Karen has spent two stints on our board and has proven a valuable part of the organization.
Karen has worked in the medical field and is actively involved in animal rescue, loves to garden and spoil her grandchildren.

Mike Hermann
Mike has been a property owner on the lake since 1979.  He met his wife Sue here and his father in law and brother are also property owners on the lake.  Mike and Sue moved here full time over three years ago after Mike retired from a management position at DTE.
After moving here, Mike immediately became involved with the Dam Support Group.  (He was a member even before we had a name.)  In that capacity, he spent most of the days before and after the May 2020 flood at the dam working to prepare it for the storm, helping operate the manual chain fall we used to operate the tainter gate then and assisting with inspection and noting damage issues.  During the fall and winter of 2021 he and Tom Stack served as our tag team of owner's representative at the site, checking the work of the contractors, surveying materials and conveying information to the authority.
Following completion of the project, Mike undertook to write our operations manual, which contains detailed instructions as well as procedures to operate the dam.  In August, 2022 Mike was appointed to the Lake Authority Board and was named Operations Manager for the dam.Mike joined the POA board in 2019 and had served as membership director since 2021.

Mark Fedewa
Mark and Paula have been property owners since 2016 and became full time residents here in 2020.  Mark immediately volunteered for and was accepted into the Dam Support Group where he has proven to be not only a tireless worker but also a thoughtful contributor to our group.  Mark and Paula have six children, one of whom likes our lake so much he bought the house next door to them.  Mark joined the board in 2022.
Mark currently works as a realtor here in town.  Before that he spent 37 years in the restaurant business with a large, multinational restaurant chain.  Mark is currently serving as corporate secretary.